As of today, Evennia changes to use the very permissive BSD license.

Now, our previous "Artistic License" was also very friendly. One main feature was that it made sure that changes people made to the core Evennia library (i.e. not the game-specific files) were also made available for possible inclusion upstream. A good notion perhaps, but the licensing text was also quite long and it was clear some newcomers parsed it as more restrictive than it actually was.

... And let's be honest, it's not like I would have come hunting down anyone not complying fully with the Artistic license's terms. Changing to the much simpler and more well-known BSD license better clarifies the actual licensing situation.

After all, far too many older MUD-code bases are weighted by a legacy of licensing issues. Anything we can do to avoid this is better in the long run. Indeed we hope this change in licensing will remove eventual licensing doubts for new adopters and have more people join and contribute to the project.
Posted by Griatch at Sunday, October 28, 2012 3 comments:

Email ThisBlogThis!Share to TwitterShare to FacebookShare to Pinterest
Tags: announcement 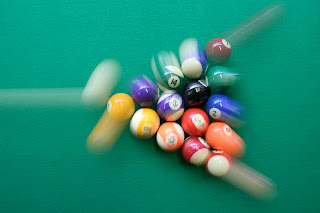 It's fun to see a growing level of activity in the Evennia community. The last few months have seen an increase in the number of people showing up in our IRC channel and mailing list. With this has come a slew of interesting ideas, projects and MUD-related discussion (as well as a few inevitable excursions into interesting but very non-mud-related territory - sorry to those reading our chat logs).

One sign of more people starting to actually use Evennia "for real" is how the number of bugs/feature requests have been increasing. These are sometimes issues related to new things being implemented but also features that have been there for some time and which people are now wanting to use in new and creative ways - or systems which noone has yet really used "seriously" before. This is very encouraging, especially since a lot of good alternative solutions, variations and edge cases can be ironed out this way. So keep submitting those Issues, people!


The budding Evennia community consists of people with a wide variety of interests, skillset and ambition.

There are quite a few people who sees Evennia as a great stepping stone for learning Python, or for getting experience with creating a bigger programming project in general. Some are skilled programmers in other languages but we also have a few with only limited prior coding experience. From the experience in chat, it's really quite striking how fast members pick up the ropes. I'd like to think our documentation is at least partially helping here, but of course it helps that Python is inherently very easy a language to learn and use in the first place.
Not all are participating with the goal of building a specific game. The general flow of patches and clone repository merges have also picked up. We have some users which are primarily interested in a coding challenge, to help with fixing bugs and features, or which uses Evennia as a starting point for exploring various web- and technical solutions that may or may not be a part of Evennia in the future.


The proposed Evennia game projects are just as varied as its users - and none are yet open to the public. As is common with these things, it's of course hard to determine who actually has the time and discipline to bring their plans to fruition. But I should really start to keep some sort of record of who works on what, I'm terrible with remembering this stuff ... so below is just some sort of summary of my impressions, not a comprehensive listing.

As can be expected, most proposed Evennia projects concern relatively standard MUD-style games. A few people are into building traditional hack-and-slash variety games, but most want to expand on the concept considerably. There was even one user exploring using Evennia for a RobotWars kind of experience (where you "program" robot programs in a custom language and battle them). Another project (Avaloria, also blogging on the MUD-dev rss feed) aims for a sort of base-building/strategy mechanic combined with more traditional MUD elements. There are at least two zombie-survival concepts floating around and a few large-scale procedural-content-driven science-fiction text games. One user has apparently a working Smaug->Evennia importer.

It seems that most Evennia users want to offer some sort of roleplaying environment, or at least a "roleplay-friendly" one. Currently we have at least two MUCK admins who aim to convert their existing, running games to Evennia. Whereas the initial idea was to implement parsers for MUCK's MUF language, it seems the conclusion has now shifted to it being faster and easier to just rewrite the MUF-coded functionality in Python (and maybe use something like Evlang for player scripting instead). Several people have announced their interest in creating "RPI"-style games (Armageddon seems to be a big inspiration here), but there was also a MOO admin and even a writer of Interactive Fiction who dropped into the mailing list to see if Evennia could be used for their style of game.

How many of these projects actually reach a point of maturity remains to be seen. But that people are wanting to use the system and is really putting it through its paces is encouraging and very helpful for general Evennia development.
Posted by Griatch at Friday, October 05, 2012 No comments: