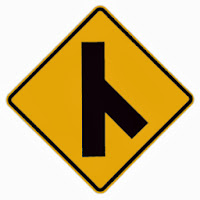 As of today the development repository of Evennia, which has been brewing for a few months now, merged into the main repository. This update grew from one experimental feature to a relatively big update in the end. Together with the "many-character-per-player" feature released earlier, this update covers all the stuff I talked about in my Behind the Scenes blog post.

Now, in the immediate future we'll be working on updating the documentation. Evennia prides itself with having a large body of documentation and this update comes with small changes to various existing systems. There are also a few bigger new features (such as OOB). No doubt the near future will also see other issues popping up as more people try things out.

Apparently the reboot of Imaginary Realities (to which I contribute two articles) has been pushed forward a week or two. Reason being, apparently, to finalize the actual presentation of the content. I already signed off on the last editorial fixes way before deadline, so I guess it's just to wait and see what comes of it!
Posted by Griatch at Thursday, November 28, 2013 No comments: