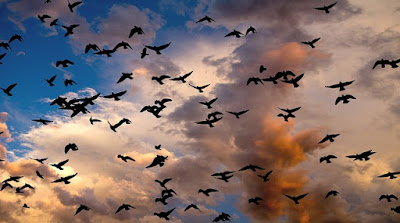 Now that Evennia's devel branch (what will become Evennia 0.7) is slowly approaching completion, I thought I'd try to document an aspect of it that probably took me the longest to figure out. One change in Evennia 0.7 is that the Django model named "Player" changes name to "Account". Over time it has become clear that the old name didn't properly reflected the intention of the model. Sounds like a simple change, right? Well, it was not.


First some background. A Django migration is a small Python file sitting in migrations/ sub folders throughout Evennia. A migration describes how our database schema changes over time, so as we change or update fields or add new features we add new migrations to describe how to go from the old to the new state. You apply them with the `evennia migrate` command we sometimes ask you to run. If we did not supply migrations, anyone with an existing Evennia database would have to either start from scratch or manually go in and tweak their database to match every upstream change we did.

Each migration file has a sequential number, like migration_name.0002.py etc. Migrations will run in order but each migration can also "depend" on another. This means for example that a migration in the player/ folder (application) knows that it need to wait for the changes done by a migration in the typeclasses/ folder/app before it can run.  Finally, Django stores a table in the database to know which migrations were already run so to not apply them more than once.

For reference, Evennia is wrapping the django manage commands, so where I refer to evennia migrate below you would use manage.py migrate in most Django applications.


So I wanted to migrate the database change "Rename the Player model to Account". We had to do this under a series of additional constraints however:

There is no lack of tutorials and help online for solving the problem of renaming a model. I think I tested most of them. But none I found actually ended up addressing these restraints. Especially point 2 in combination with point 3 above is a killer.


In the end I concluded that I had to abandon the notion that users be able to just do a single migrate command. Some more work would be needed on the user's part.


In the end I needed to combine the power of migrations with the power of Git. Using Git resolved the Gordian knot about the player folder. Basically the process goes like this:

And with this, the migration's design was complete. Below is how to actually use it ...


In brief, what our users will do after pulling the latest code is as follows:


And that's it. It's a bit more involved for the end user than I would have liked, and took me much longer than expected to figure out. But it's possible to reproduce and you only need to do it once - and only if you have a database to convert. Whereas this is necessarily specified for Evennia, I hope this might give a hint for other django users aiming to do something like this!
Posted by Griatch at Friday, August 25, 2017 No comments: