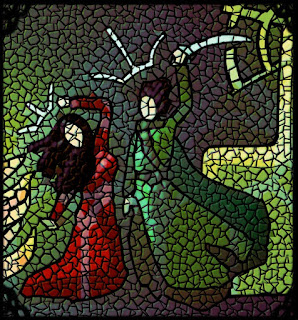 Optional Reality's Dreaming Big Challenge has come to an end. This was a challenge about designing a "sales pitch" in 600 words or less for a text-based online roleplaying game. This is the kind of pitch you'd tease knowledgeable investors with -  if investors cared about multiplayer text games and you ended up in an elevator with one, that is.

There were 10 entries to the competition and as the results are now in (including very elaborate judge feedback!), I encourage you to go read all the entries. The focus was on originality and fresh ideas and maybe these short pitches represent a cross-section of the current trends or a whiff of where the wind is blowing for future games. Or maybe it will help inspire you to make a sales pitch of your own.

You can find all the entries linked from the second post of this thread. Enjoy!
Posted by Griatch at Saturday, May 30, 2015 2 comments:

We are currently in a maintenance and cleanup phase of Evennia, where bugs are found and reported and things are getting more and more stable as people learn and use the new features we merged a few months back.

Overall though I must say the relatively big changes we did to the infrastructure (making Evennia into a full library and making a complete overhaul of the typeclass system behind the scenes) went over with surprising smoothness. There were a flurry of things to fix immediately after the devel-branch merger but no more than expected. For the big changes it really worked very well I think, with no big disaster stories. We have a few bugs lingering in the issue tracker that need to be addressed but nothing show-stopping.

I have been a bit busy with various projects off-MUD so to speak. I was contracted for making the cover and illustration for a book (this is not hobby art for once, but a professional commission which I was quite excited to be asked to do). I also author and draw a fantasy comic as part of another project.

I've not been slacking off on on the MUD side though: I have written and submitted an article for the revived Imaginary Realities e-zine (next issue should be out end of May/early June?) and another article (on Evennia) for the new Optional Realities MUD community website. I also contributed a game-design blurb for the latter's Dreaming Big contest, where you compete (for cash prizes, actually!) by submitting a game sale's pitch under 600 words.

The above mentioned Optional Realities website is so far picking up pace with quite good discussion in its forums (the similarity of name with Imaginary Realities is unfortunate, apparently they were not aware of the former when choosing it).  While targeted at discussions of RPI-style games (a sort of sub-genre of roleplay-enforced MUDs with perma-death), it already hosts several invited articles on game design and general game development that can be interesting for any MU* dev.

People should know by now that I like to support MUD community efforts when possible, and Evennia is thus  listed as an official "affiliate" to Optional Realities (which admittedly means little more than us linking to each other but still). The team behind OR is however also using Evennia for their own "Project Redshift" Sci-fi mud, so we hope to get plenty of good feedback as their project matures.