Kicking into gear from a distance 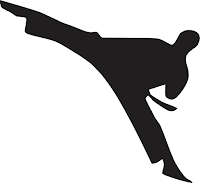 The last few weeks I have reworked the way Evennia's startup procedure works. This is now finished in the develop branch so I thought I'd mention a little what's going on.

Evennia, being a server for creating and running text-games (MU*s), consists of two main processes:
Since Evennia should be easy to set up and also run easily on Windows as well as on Linux/Mac, we have foregone using the linux process management services but instead offered our own solution. This is how the reload mechanism currently looks in master branch:

Here I've excluded connections irrelevant to reloading, such as the Twisted AMP connection between Portal and Server. Dashed lines suggest a more "temporary" connection than a solid line.

The Launcher is the evennia program one uses to interact with the Server in the terminal/console. You give it commands like evennia start/stop/reload.

The original reason for this Server-Portal-Runner setup is that the Portal is also reloadable in the same way (it's not shown above). But over time I've found that having the Portal reloadable is not very useful - since players get disconnected when the Portal reloads one can just as well stop and start both processes. There are also a few issues with the setup, such as the .pid files going stale if the server is killed in some catastrophic way and various issues with reliably sending signals under Windows. Also, the interactive mode works a little strangely since closing the terminal will actually kill the Runner, not the Server/Portal - so they will keep on running except they can no longer reload ...
It overall feels a little ... fiddly.

In develop branch, this is now the new process management setup:

The Portal is now a Twisted AMP server, while the Evennia Server and Launcher are AMP clients. The Runner is no more.

So far I really like how this new setup works and while there were some initial issues on Windows (spawning new processes does not quite work they way you expect on that platform) I think this should conceptually be more OS-agnostic than sending kill-signals.

This solution gives much more control over the processes. It's easy to start/stop the Server behind the portal at will. The Portal knows the Server state and stores the executable-string needed to start the Server. Thus the Server can also itself request to be reloaded by just mimicking the Launcher's instructions.
The launcher is now only a client connecting to a port, so one difference with this setup is that there is no more 'interactive' mode - that is the Server/Portal will always run as daemons rather than giving log messages directly in the terminal/console. For that reason the Launcher instead has an in-built log-tailing mechanism now. With this the launcher will combine the server/portal logs and print them in real time to easily see errors etc during development.

The merger of the develop branch is still a good bit off, but anyone may try it out already here: https://github.com/evennia/evennia/tree/develop . Report problems to the issue tracker as usual.
Posted by Griatch at Saturday, January 27, 2018